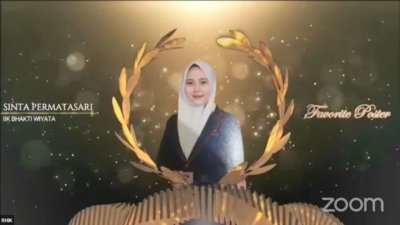 Sinta said that the implementation of this competition was fairer because it was not measured by the number of “likes”, but there were judges who judged it from the design, visual and material techniques. Furthermore, Sinta hopes that in the future more students will take part in competitions like this.

"Many of my friends have editing skills in poster and infographic competitions. We are grateful to be able to win the title in this prestigious event. I hope other students will also compete because we have good potential to excel," he concluded.